When I became a second wife, I was certain of just two things: I loved my husband. And I loved God.

But I was uncertain and unprepared, spiritually and emotionally, for the “second-wife” identity — an identity misunderstood by pretty much everybody.

As far as I could tell, there existed only one accepted “brand” of second wife — the evil brand. As a Christian, I knew that brand did not represent me. But I didn’t know how to decode, define, or develop a Christian second-wife identity to call my own. I wasted years in spiritual confusion and emotional distress.

If only I had understood the holy secret of second-wife significance! If only I had known God’s wonderful, redemptive plan for Christian second-wives! But now I do.

I’m proud to introduce you to the other brand of second wives.

She is a woman of noble character — honorable, imperfect, and wholly dedicated to glorifying God in her marriage. Hers is a brand of distinction and high calling. Like a marital version of a Navy Seal, she represents an elite corps of courageous Christian women whose faith, ideals, and marital aspirations are mighty and holy.

As a little girl, I never dreamed I’d be a second wife. My dream for my life did not include brokenness. God hates divorce. And I do, too.

Maybe that’s why a Christian second marriage is a breathtaking demonstration of God’s grace, forgiveness and redemption. For God to mercifully give a man or woman, once broken in sorrow, a second chance to love and be loved, is the truest definition of redemption.

The world around you may not realize these truths. So it is critically important that you do. Expect to be misunderstood. Or questioned, if only silently. Your conviction regarding your place and purpose in his life and family must be unshakable and unbreakable. Because you have important work to do. Holy work.

As fire fighters enter a fiery blaze of a building, Noble Second Wives enter into the blaze of a family — and try to extinguish its sorrow. There, you are confronted with wrongs to right and ignorance to gently correct.  You must live out holy ideals before an often hostile audience. But your mission is of such spiritual significance, it transcends the frustrations of re-configuring a reluctant family.

Surrendered to the will of God and actively using the Word of God as your marital “playbook”, you prop up broken, discouraged husbands. You bandage wounded, angry families. You deliver the love of Jesus to those who sometimes seem unlovable.

God is with you and for you, Noble Second Wife. Don’t ever forget it! He seeks to show you who you are in Him: a perfectly imperfect woman, ordained by a merciful God for a cause, and given undeserved authority that comes from above. It’s that easy. And that wonderful.

And best of all, you are not alone.

You are one of a growing army of women authentically committed to glorifying God in the worthy adventure called second marriage. Collectively, we are an unstoppable force of God’s love, offering healing and hope to wounded families. Together, we are a true sisterhood of nobility, representing God’s redemptive goodness all over the globe.

God loves you, Noble Second Wife! You matter to Him. God the Father longs to direct you, protect you, and partner with you for His purposes in your spiritual life — and in your marriage. You don’t need to seek the secular in order to gain wise and loving counsel. God wants dynamic relationship and conversation with you every single day.

A Christian wife is one of the highest stewardship jobs on planet earth. Live your Christianity with head held high. Spiritual posture erect! Carry yourself with the spiritual dignity worthy of a Noble Second Wife! For you, dear one, are an answer to prayer.

“A wife of noble character is her husband’s crown…” Proverbs 12:4

Connect With Us On 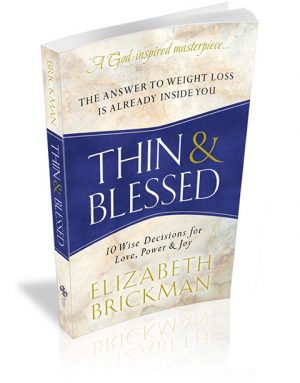